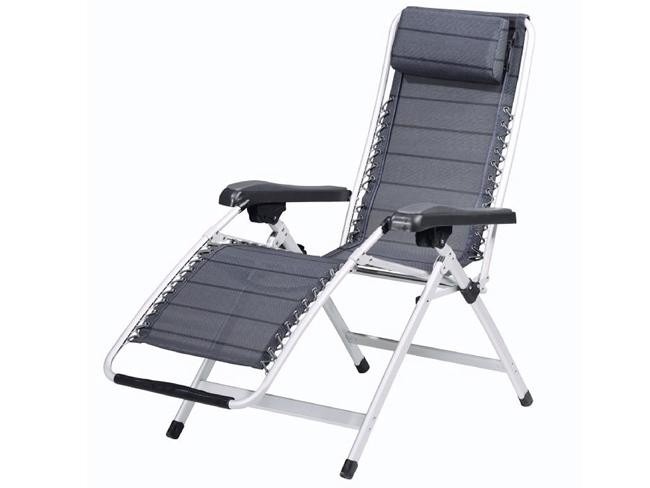 In an article in August, actor Rosalind Pike wrote of Simon Pegg in the Guardian,

He has this chair that he carries around with him – a zero-gravity garden lounger. Jeff Bridges gave it to him. Quite pretentious, but very comfortable. I only know that because he gave me one, too. When everyone else is in a director’s chair you do feel like an idiot, but it’s bloody comfortable – though I’m not quite prepared to have a nap in it on Fleet Street, which Simon did when we were filming Hector and the Search for Happiness.

In 2015, Simon Pegg talked to Movie.ie Simon Pegg has a special chair that he uses on film sets – the zero gravity garden chair – after having been given one by Jeff Bridges. Pegg is so enamoured by these chairs that he bought one for both Tom Cruise and Rebecca Ferguson ‘…so they could be as comfortable as me. It’s a really lovely recliner; I sleep in it a lot when I’m on set. The chair is called Jeff after Jeff Bridges’.

On Wednesday 29th June during BBC’s The One Show, Simon Pegg took it to a brand new level. Bringing the chair on the show and revealing just how evangelical he has been about it. “This is a chair, the model of a chair, which I (sighs happily) always have on set with me called Jeff. I did a movie in 2008 with Jeff Bridges, and he instilled in my the greatest piece of wisdom I have ever been given which is always feel comfortable on set I have Australian Jeff, Canadian Jeff, Chinese Jeff, African Jeff and my own Jeff. Now I have the One Show Jeff. I always stay on set, I don’t go back to trailers, you can lose your focus, so stay on set, feel comfortable I’ll sit and play Candy Crush or something, nap, it’s just the best way to spend time on a film set. On the first day on set on Star Trek, I picked up Canadian Jeff from my friend… I brought it to set the first day and Chris Pine said “why have you got that”, I said, “I have it everywhere I go”. by the following Tuesday we all had them, the entire cast of Star Trek, lounge, nap, chat, Zach Quinto who plays Spock plays the banjo, so he’d pluck away… It’s called the Zero Gravity Garden Chair I’m going to sound like a bad person. I bought one for Tom Cruise on Mission Impossible because I’ve never seen the man sit down in ten years of working with him. He fell asleep. I felt like I’d felled a giant, I felt like David and Goliath, I just looked into his little tent on set where we have these rest areas and he was snoring.”