The Leisure Plus Direct Story

Prior to moving into the leisure industry Leisure Plus Direct company owner Kevin Hunter was a Lloyds Insurance Broker, commuting to the City of London on a daily basis lost in the every day hum drum of the commuting drone. It was a neighbour of his who introduced Kevin to Peter Doman, the owner of a very succesful Motorhome dealership in South East London called Bromley Motor Caravans. 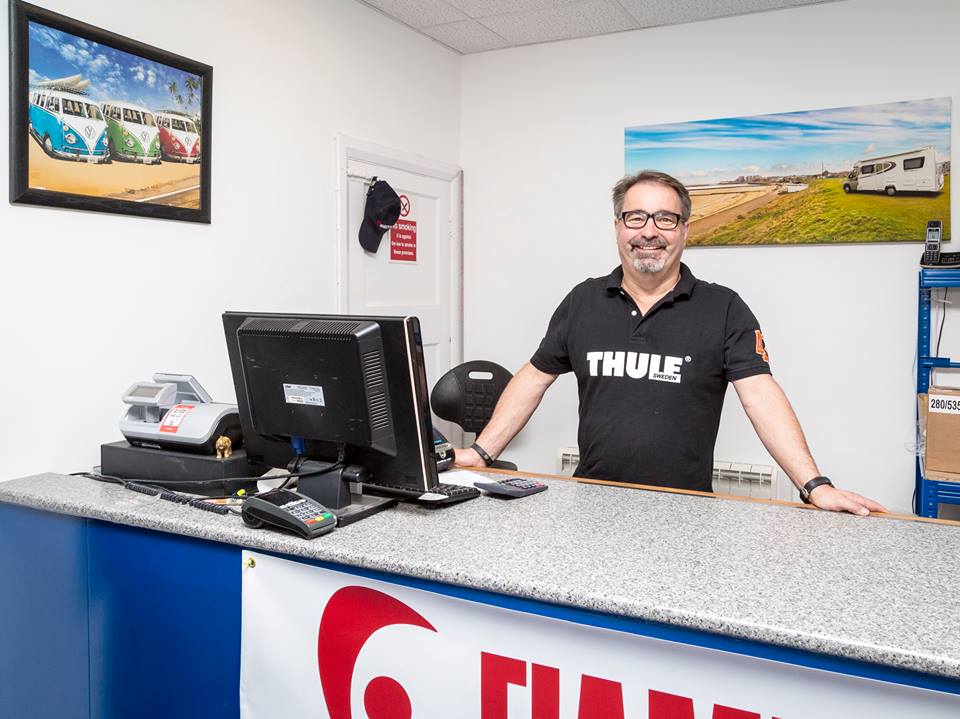 From an initial meeting and a friendship struck, Peter asked Kevin if he would like to come along to the then Caravan and Camping Show at London’s Earls Court.  He worked and sold on the Autotrail stand and met some great characters in the motorhome industry.  After attending a few of these shows Kevin permanently joined Bromley Motor Caravans in 1985 and became their Workshop/After Sales Manager.  Part of his role was running the shop at base and was also tasked to run the small FIAMMA retail stand at Earls Court selling products to the general public.  This was Fiamma’s, first retail stand of any form or recognition at a Caravan / Motorhome show. The stand was around 18 square metres. It was purely a desk with a storage room for Fiamma brochures!

As the popularity of motorhomes grew, the name Fiamma became more recognised in the industry and more customers wanted awnings, bike racks, roof racks, ladders etc etc on their motorhomes.
With Bromley Motor Caravans Kevin set up a mobile fitting service, initially attending the Motor Caravan Jamboree. It was a huge success and from this show the “Fiamma Pit Stop “ was born. So Kevin and the Fiamma Pit Stop attended many other shows around the country as well as now having a huge stand at the London Caravan and Camping show in Earls Court.

Kevin’s enthusiasm was recognised by the wholesale industry and he was head hunted to join the importer of Fiamma and after 3 years became “Fiamma Manager for the UK”.  This meant that he was managing the products coming in to the UK as well as organising and promoting more shows around the country the caravan and camping shows that were now being booked at the Birmingham NEC with a 80 square metre stands.

In 2003 after 6 years working for Fiamma Kevin decided to call it a day and moved from Fiamma to what was then the wholesale importer of Fiamma’s nearest rival “Omnistor”.  They too manufactured a range of awnings, bike racks and leisure items for both the caravan and motorhome industry.  Four years after starting to sell the Omnistor products into the UK market, the company was bought by “Thule” (the car accessory group) The company name is now Thule RV

Initially, as it all started and Kevin was looking to run an online business with an option to attend the indoor/outdoor shows.  Everything seemed to fall into place and from a chance meeting a retail shop was offered to him.

So if you are ever in Broadstairs, Margate or Ramsgate within the Thanet region, or Sandwich, Wingham or Preston within the Canterbury region please call in and have a look at what he carries on his shelves.

Leisure Plus Direct now has a very busy a functioning shop on eBay. There is  also a page on Facebook under Leisure Plus Direct. This covers all different aspects of the company,  the shop with all new products and offers plus allows customers to leave Feedback and you are always very welcome to “Like” his page.